If you're an enthusiastic but inexperienced DIY enthusiast and you want to do your own home renovations, you might want to read through the tips described below.

Detach any interior shutters you want to update from the windows, and repaint them outside.

If your home features several sets of interior shutters which you would like to repaint, then it is important not to try to give them this makeover whilst they are still attached to the windows, but to instead detach each set from the window it's connected to and bring it outside before you get started with the paintwork. It is vital to do this (even if the removal of the shutters is quite arduous), for the following reason; the best product with which to paint shutters is spray paint, as the fine mist that a spray paint produces can get into the crevices on a set of shutters that are hard to reach with a paintbrush.

However, you should not use spray paint indoors, as the chemicals of which it is comprised are not safe to inhale in quantities and may leave you gasping for breath, coughing or even in need of medical help if you spray the shutters with this paint inside your home, where there is not enough ventilation to dilute the volume of harmful particles in the air.

Furthermore, the mist that will come out of the spray paint can will not just land on the shutters, but may also leave a fine but visible coating on adjacent surfaces. As such, unless you are prepared to put a layer of plastic wrap over the entire expanse of each wall in the room (as well on any skirting boards, crown moulding and flooring) that surrounds each set of shutters, to protect these areas from the paint, you should take all of the shutters down and then repaint them outside.

Exercise patience instead of hurriedly moving from one step of the renovations to the next.

If you are prone to being impatient, you must try to fight your desire to rush from one step of the project to the next, as this could lead to your home not looking quite as good as you had imagined it would. For example, installing the new skirting boards before the paint on the walls that you wish to attach them to is dry, could result in the top edges of these boards ending up with some wall paint on them. If you try to remove these splotches with paint stripper, you could end up taking off some of the skirting board's own paint, in which case you might have to repaint them or buy new ones.

Likewise, if you try to re-hang the aforementioned shutters before the paint on them is dry, the parts of the shutters that you touch with your hands whilst doing this might be left with permanent fingerprints on them, and the wet sections of the shutter that touch the walls during the re-hanging process may transfer paint to these surfaces. As such, it is important to exercise patience throughout this project. 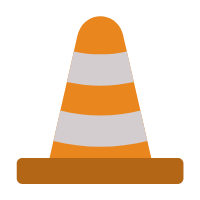 What You Need to Know About Residential Insulation
20 January 2023
Are you a homeowner who wants to learn more about the different types of residential insulation? Then, you've come to the right place! This blog post …

3 Advantages of Using Hi-Rail Excavators and Other Equipment
31 October 2022
As a construction contractor, you know that the key to completing a successful project is having the right tools for the job. But with the wide range …

Top Benefits of Having a Land Survey Done Before Selling Your Home
24 August 2022
If you are thinking about selling your home, you might know that you have a lot of different things that you need to do so that you can get ready. You …